There should be buy-in at the kick-off meeting, but also when:

Contact channels often shift from e-mail and phone to chats, messaging, and social media. “We received 25,000 fewer inbound calls thanks to the launch of live chat.” This isn’t a reduction of 25,000 calls, this is the substitution of one contact channel for another.

It seems obvious, but many organizations miss the point.

Mini-Case
A large travel company won many awards for its excellent service on social media. Website visitors began contacting this company via social media for topics they previously resolved online. Social media support drained this company’s resources. As a consequence, the quality of its self-service website (where most service attempts occurred!) deteriorated. The company thought that it was improving through digitization, but it achieved exactly the opposite.

A shift in contact channels might facilitate contact reduction. For example, it is easier to extract contact reasons from a live chat (text) than from a call (audio). However, it is much quicker and much cheaper to investigate and fix the contact reason than to implement a contact channel shift and then fix the issue.

Sometimes contact (friction) reduction is a quick fix. A well-written FAQ topic or a minor design change on a page can prevent thousands of calls per month in large organizations. The positive impact creates a “flywheel effect,” and your organization will rally for contact reduction.

Sometimes, contact reduction projects are completed without positive results. It then becomes easy to dismiss contact (friction) reduction by dismissing the remainder as “tweaks,” “details,” or a low priority—just like CRM, A/B testing, and the internet became fads after initial failures.

A wise man once shared a great solution for un-stucking an organization that has lost faith in contact reduction: “Never let a good crisis go to waste.” Calls will soon overwhelm your contact center, and blood will flow through the streets. Seize that crisis momentum to change your organization’s perspective on contact reduction.

Let’s not hold back contact reduction projects because of well intended, but confused, arguments on the need for contact. By removing the need for meaningless contact we: – make our clients’ lives a bit better – end de-humanising work in our contact centers – improve the financials of organisations.

Let’s do this together!

💥 Online teams should not focus on online data for digitalization 🤖….

Digitalization is making something digital that isn’t. Looking at things that are already digital is the wrong place to start. 🤦‍ Digitalization should focus on non-digital actions by your clients (i.e. your contact center or physical store). And then you’ll quickly encounter questions that are difficult to answer by online Analytics / Hotjar:
👉 Did clients try digital and failed or didn’t they try a digital channel at all?
👉 Why do clients need a non-digital channel?
Focus on the source of the problem, don’t make minor tweaks to what already works.

A strategic priority with great ROI that no department wants to fund? Why is Contact Reduction such an initiative?

The digital team benefits most from contact reduction. Instead of calling or chatting, users work more with digital Service tools & content. But the digital team is unlikely to shift budget to get contact reason data.

Collecting contact reasons is the responsibility of the contact center. Moreover, the digital team “thinks in clicks, not calls”. Most of the burden of collecting data on contact reasons, interpreting findings, suggesting fixes, prioritising issues etc. sits with the contact center. Contact Reduction is against the call center’s interests. And therefore is unlikely to fund its own demise.

IT can fund the technology, but tech is only part of the problem.

Finance could be a great sponsor, as contact reduction means cost reduction. But few Finance leaders have the vision and business savviness to fund such a project.

My friends all know it: I don’t have a TV.  The last time I lived it a house with a TV was when I shared a house as a student. Without much thought, I then never had the need to buy a TV anymore. I even developed a strong dislike of TV. Sitting in a room with a TV, I can’t resist watching it. When I ask people to change chairs, so my back is turned towards the TV, I typically blame it on the “untrained eye”, having lost the habit of blocking the noise and fast moving images. It’s worse than that: I fear I secretly enjoy watching TV. 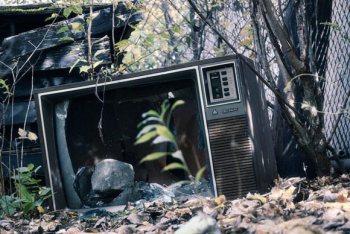 In conversations people occasionally refer to TV programs. When I mention not owning a TV, they mostly turn silent for a second or two. I then help them by saying “it’s not because of religious reasons“. Releived, they’ll invariably claim to “rarely watch it” and if they watch, then “only quality programs“. Most of them claim that they couldn’t do without a TV, the dishonest ones claim that they don’t want to.

A family member recently gifted me a newspaper subscription to NRC Next. It was the most horrible gift I ever received. I used to love the NRC Handelsblad. As a kid, I used to read it cover-to-cover, including it’s bulky weekend edition. Now, unable to throw the NRC Next away unread, my mornings started by reading it’s uninteresting articles. When I went on holiday, I purposely didn’t pauze the subscription.

This week I gave up on the rest of the news. It has been a slow process. Admittedly, I used to have a well stocked Google Reader. With high volume RSS feeds like TechCrunch, Mashable and nu.nl. I got rid of the IT news first, then the generic news. Unfortunately, I found myself visiting the sites of nu.nl and NRC.nl multiple times a day. Installing StayFocusd (Chrome) helped a bit, but my urge for news proved to be stronger then myself. So now, I’ve hopefully found a solution. A maximum of 5 minutes of news per day, a subscription to De Correspondent. And that’s it.

I wonder what’s next.

As a purposely uneducated soon-to-be father, I bothered many of my friends for their “golden tip” on parenting. Most of their answers were close to the truth, but disappointing nonetheless: take it as it comes; it’s natural, so you’ll do fine. A “bed extension” came close to the best tip, but the undersigned fresh father, already claims to have found the Best . Parenting . Tip . Ever .
Guess what? It’s a playlist, a simple Spotify playlist. Don’t make it full of children songs, because they’ll bore you quickly. Make it full of songs with which you love to sing along. The songs keep you happy, the vibrations of your voice will soothe your child.
Please share your own playlist in the comments. Bonus points if the songs are on Spotify’s TuneWiki app (which shows you the lyrics, you can sing like  Sinatra).
Here’s Yoanna’s list: