It was a strange ritual: rolling yourself in dessert dust upon arrival if you’re a first time (“virgin”) Burning Man participant (“Burner”). Warily, I rubbed some dessert sand on me, not wanting to get Frank’s car even more dirty. It had been a long drive and we’d been waiting in the hot sun, so all I wanted was to set up camp and get started. Frank explained that they were “greeters” as they told everybody “welcome home”. It seemed kind of childish to me, and I suspected the same level of honesty from them as the underpaid people at the entrance of shops everywhere across the USA. Only much later I would understand why.
I was thrilled. Something I had (literally) travelled half the planet for, days of preparation and hours of driving was about to commence. And then a big silence until I gasped: it’s huge! 50.000 people camping in the dessert isn’t something you can imagine. Near endless streets filled with campers (or RV’s as Americans call them), tents and anything that can create shade, in a three quarter circle. To my amazement we weren’t the only ones with a special car, there were 100’s, no thousands of cars like hours. From a little muffin concealing a a tricycle to massive trucks with sound systems to rival any club. Wearily I looked at my bike, most people drove bikes that were 3 meters high or 30 centimeters low, but few drove a standard second hand mountain bike like me.
Let’s explain a bit more. Burning Man comes alive at night, when the hot dessert sun is replaced by thousands and thousands of lights of what are called “Art trucks”. These are vehicles that typically are created by a camp, which is a group of people that decided to camp together and share things like food, water, shade and showers. All of these are precious as Burning Man has a pack-it-in-pack-it-out policy, meaning that everything you take to Burning Man has to be taken back. Moreover, you can’t buy anything at Burning Man except for ice that is used to cool food and beverages. There is a tradition of “gifting” which is different from “barter” in the sense that the other person doesn’t expect anything in return. This means for example that at Burning Man people will invite total strangers in their camps and have them drink and/or eat for free. And this happens a lot. At first I didn’t understand: was there some corporation behind each camp that sponsored the drinks? (but why didn’t I see any corporate logo’s?), were all of these people filthy rich? (they sure didn’t look like it). In the end the answer is much simpler than this: these people are very friendly and generous. So many a night you will share food and drinks with interesting strangers. At a very different level there are many similarities between TED and Burning Man: both TED and Burning Man bring together an amazing group of minds from very different backgrounds. Even though I’ve never attended a TED, I can tell that Burning Man is more hedonistic. Day and night you’ll hear pumping techno from the large “sound camps”. Is it all party then? No, definitely not. To my own surprise you’ll quite a number of people sitting on their own in the dessert or biking around and enjoying the art structures that are spread out throughout the city.
But what do people do there? I had a look at the planning for Burning Man and for the first day I saw 48 pages with 12 items per page. At that point I resigned to seeing “everything”. Actually, most people will tell you that they accomplish very little of their goals at Burning Man: “I was on the way to a class on a subject I never had even heard of, when I saw a group of people doing an amazing art performance, during which I met another group of people who told me about a performance at sunset tonight….”.
If this all sounds very chaotic: it is. And it’s wonderful. Burning Man is the best thing I’ve ever done. By a long shot. Why you ask? Sure there’s great art, interesting lectures, beautiful art cars, living a week in the dessert, amazing sunsets/rises. But Burning Man is all about the people. Nearly everybody creates something and contributes to the experience of others. From executives to people on the brink of losing their job and forced to live on the street, anybody and everybody has interesting stories to share or things to show. At a personal, level I learnt some of the wisest lessons of my trip right there, by one of the most unlikely of teachers.
Come to Burning Man, really. Sure there are things that might not be for you. One of those things for me was loads of people walking around naked. It’s just not my thing. If you don’t like pumping techno bass: go to Hushville. You’ve got children? Go to Kidsville. You can’t carry all your stuff? Rent a camper, join a camp or make some friends up front. You don’t have money? You can make Burning Man as inexpensive as you want by getting (nearly) free rides to/from Burning Man.
Other questions? As the saying goes at Burning Man: “the playa will provide”. Seriously, nearly anything is available right there. Doesn’t matter if you need a welding machine, a screw, tent or anything. And people will share it with you for free. Burning Man has been the best thing I’ve ever done, and even if you’re very different, it probably will have the same effect on you. 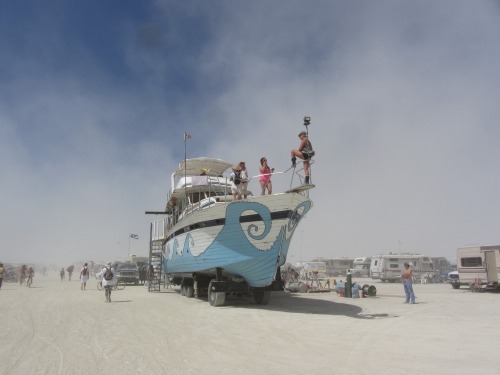 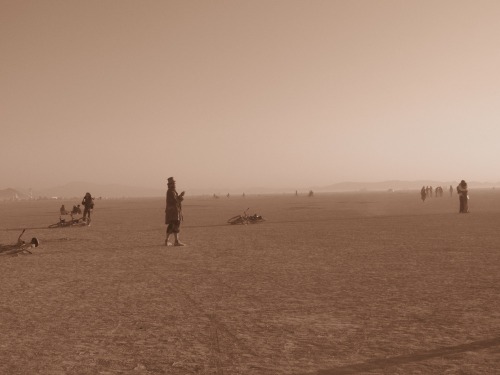 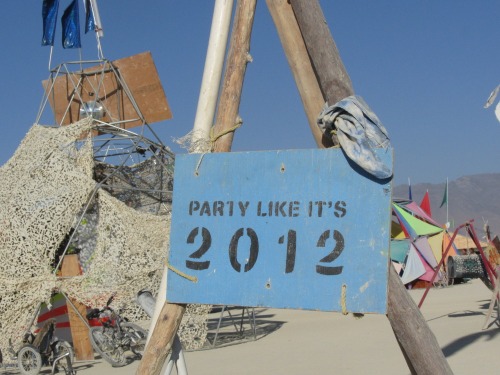